Memoirs of a Prayer Wheel

His eyes were red from crying for the past two days. On the top of everything, the heavy clouds and the gloomy irksome mood it created was SO annoying! Arrgh! Manus father had made a bitter choice. Not a bitter choice according to them – to them it was a good choice, it was bitter only to him. He never expected his little sister, to drive him out of Kathmandu; well again it was not entirely her – it was fate, it so seemed.

"Naniiiii, my rattle broke", complained little Manu to his grandmother. Playing with a rattle at an age of 6 might seem abnormal; but it was the only toy he had.

"Wait for 2 weeks before you get a real toy to play with sweet one", chirped his grandmother, kissing him tenderly; hinting as his yet to come sister.

Encouraged by the spoiling, he retreated to her lap. His grandmother was the only person who loved him unconditionally, thought Manu. His father had liked him too. But that was until their father started acting strange and started saying things like in Kathmandu there were no rains, no grains… his fathers eyes became sad when he said this, his eyebrows were raised and forehead furrowed, he seemed serious, but Manu found the whole repertoire funny – "no rains, no grains" : he hollered, of course when his father was not around!


His father was a much happy man since his tête-à-tête with the villages' veteran. Manu gathered that the veteran had prelidicted about the arrival of a girl child and troubles vanishing, something along those lines. Something that was too much for Manu to comprehend.


*-*-*
His eyes were red from all the crying the night before. His father explained him that he had to honor the wow he had given to their resident god in want of a girl child. Now that God had kept his word, he had to keep his; and send Manu to Vihara, (or Monastery), the nearest was Boudhnath about 11 kms away from Kathmandu. Manu could see the mortifying prayer flags from their household. His father continued explanation that he will not have to placate with a rattle anymore. He can find a dozen other children of his age. He will have a dozen new playmates. Father said that he will have lavish food, he will not have to go hungry to bed another day in his life.


None of it seemed convincing. He will miss the Dohori, folk songs that his father sung. None of it could soothe Manu. He was not willing to part. He was terrified – of leaving his home, his mother and most importantly his nani.

That dreaded day had arrived. That cloudy day. The sky welled and waited to burst out any moment, amidst a strong breeze Manu was taken into custody by a monk, who seemed his fathers age. The monk unlike his father didn’t have furrows on his forehead, he appeared to be strangely calm.

Two weeks later, Manu sufficiently adjusted to the repertoire. A senior, Shiju, helped him throughout.  He presented him with prayer wheel – a very pretty red and gold one; a gold-bead dangled alongside suspended by a thread. Shiju said it helped “concentrate during meditation”. Manu acknowledged it as a token of friendship and asked him the unallowed – "Will you be my friend?"

Shiju looked astonished. He, then, spoke at lengths about "how attachments caused the feeling of ego", haves, have-nots, disappointment and detachment. Manu gaped at Shiju as he spoke the incomprehensible litany. Shiju also told him that Bodhisattvas dedicate their lives to bodhicitta i.e for the sake of all beings. He ended the lecture saying that, "You, Manu, you are a Bodhisattva too. Now tell me what would be expected of you and me?".

There was a little boy near the main Stupa. His eyes were red, apparently from crying. His father said - "Shorab, chalo beta". Shorab should have also been about seven.

Shorabs' father submitted him to the Boudhnath monastery and left him in the lavish hall. Shorab knew his father was not returning to him, he knew that I-will-come-in-two-days was a lie. He wiped his eyes, disappointed and looked around unsure whom to turn to. He was intimidated by the guru in charge though he seemed to be a pleasant person, with laughter wrinkles around his eyes. He submitted when his guru took him by his little finger...

Manu showed Shorab through the Monastery. Shorab took an immediate liking to Manu and asked him the unacceptable - "Are you my friend?". That very question Manu had asked 40 years ago. . .

He smiled, took the child by his side and gave him a prayer wheel - a red and gold one with the five elements carved on it. . . 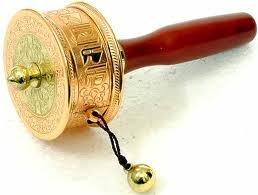 The Buddhist stupa of Boudhanath dominates the skyline. The ancient Stupa is one of the largest in the world. The influx of large populations of refugees from Tibet has seen the construction of over 50 Tibetan Gompas (Monasteries) around Boudhanath. As of 1979, Boudhanath is a UNESCO World Heritage Site. Along with Swayambhunath, it is one of the most popular tourist sites in the Kathmandu area.


"The Three Jewels", Buddha, Dharma and Sangha,[dubious – discuss] as well as the concepts of karma,rebirth (and reincarnation) and the practice of yoga existed before Gautama lived but they later became associated with Buddhism.

This post is part of the contest Tibet: Roof of the world. Its people : Roofless.. on WriteUpCafe.com inspired by the Photo Fiction book
The Stopover

Reads that THEY liked :

My first Trophy :) Thank u Menachery